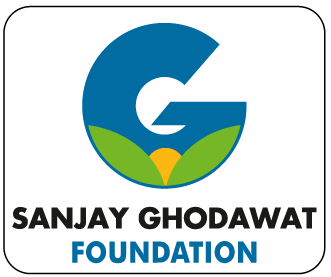 Believing firmly in giving back to the society what is earned from it, the philanthropist Mr. Sanjay Ghodawat has been donating generously for diverse social causes both personally and through charitable trusts. “Sou. Sushila Danchand Ghodawat Charitable Trust” provides social, medical and educational help to those who most need it. The ‘no profit, no loss’ “Acharya Shree Tulsi Blood Bank” has been rated among the top three blood banks in India due to its sheer quality of equipment, infrastructure, and care.

The “Khivraj Ghodawat Charitable Trust” runs a self-funded ‘Shreemati Gangabai Khivraj Ghodawat Kanya Mahavidyalaya’ in Shirol near Kolhapur. The school has educated more than 5000 girls from 52 villages since 1995. It is also setting up an Intensive Care Unit (ICU) at Jaysingpur district hospital by donating medical supplies.

Chairman Mr. Sanjay Ghodawat’s philanthropic leanings have rubbed off on the entire organization. With an unwavering commitment to the society, the Group has to its credit some ground-breaking initiatives including the donation of operation theatres, community halls, school buildings for the blind, etc. The Group’s afforestation drive resulted in the planting of 30,000 trees in a single year in 2010 and this number continues to grow every year. Major contribution or modest, the Group has always lived up to its social responsibility obligations. So far, the group has planted over 250,000 trees across areas in Maharashtra and Karnataka.

The foundation also runs the daily management of the “Lions Clubs Visually Disabled School” in Miraj and has also donated its building. It helps in educating and development of specially-abled children and ensures all round development of every child’s physical, mental and emotional wellness. The Sanjay Ghodawat Foundation also had set-up numerous bio-toilets in the rural villages surrounding Kolhapur district. 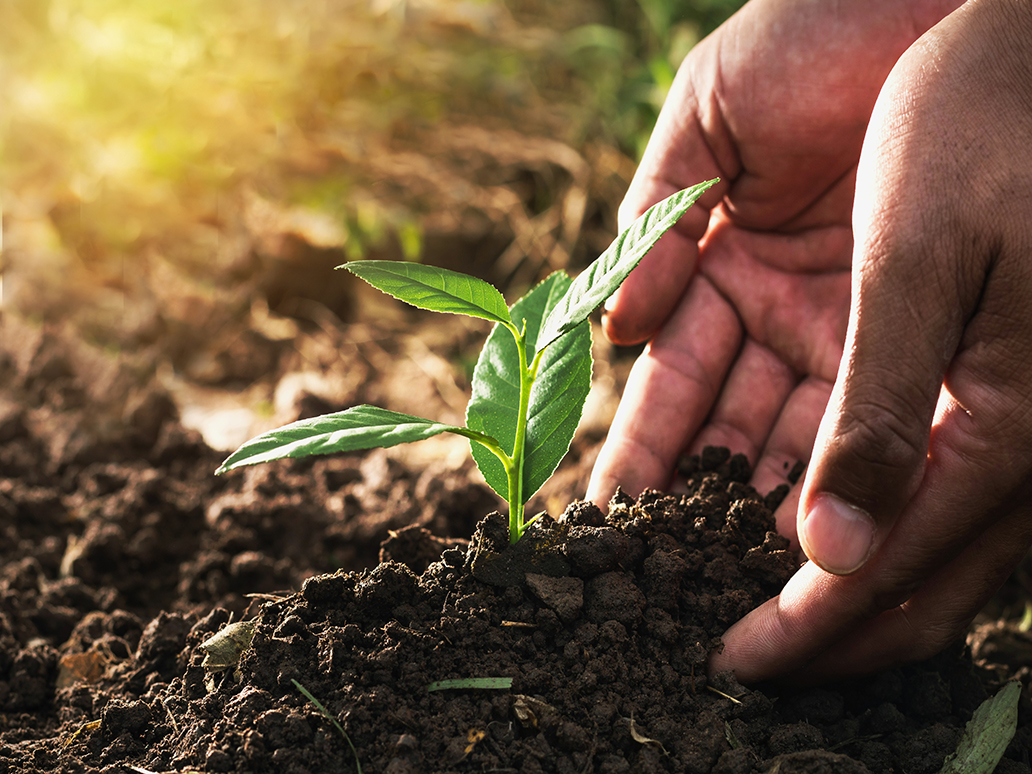 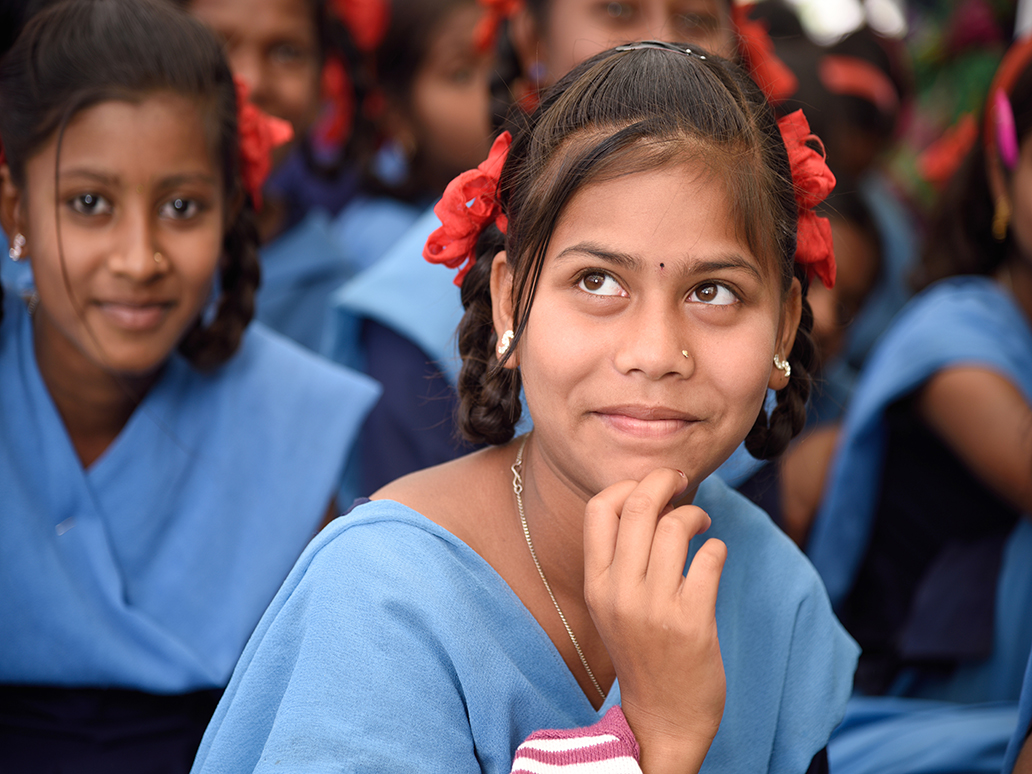 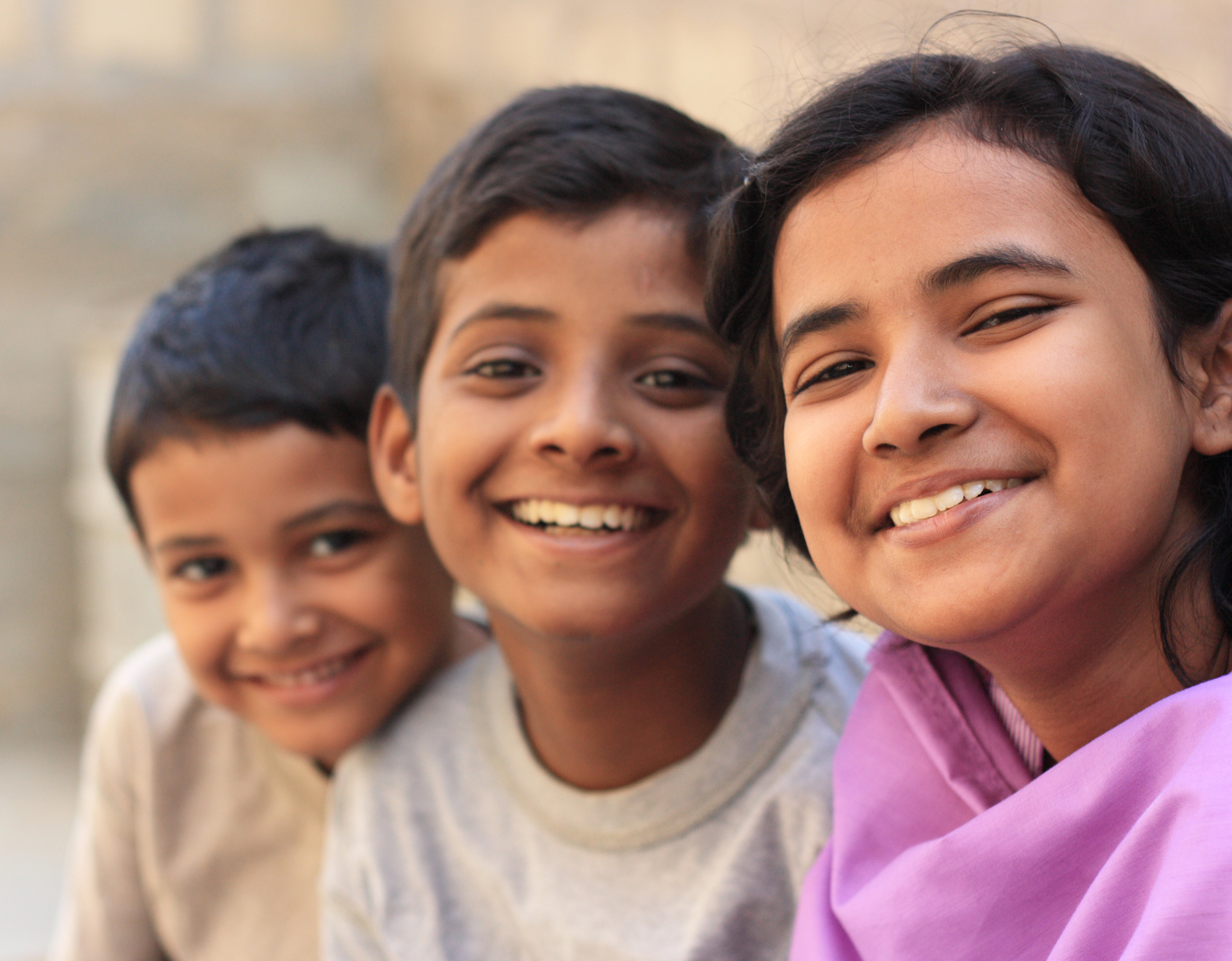 COVID-19 crisis has developed many unprecedented scenarios across the world. Lockdowns, curfews, economic turmoil, lay-off, pay cut, mass migration, etc., are affecting the masses at large. In this crisis, everyone is suffering but the one section of the society which is suffering the most are the homeless citizens, people live in slums, and daily wage workers.

These people are not only fighting their battle against COVID-19 pandemic but also against the growing hunger, which is making them vulnerable. To help such needy people in these unprecedented challenging times, once again Sanjay Ghodawat Foundation (SGF) has come forward to rescue humanity.

SGF has set up three community kitchens in the Kolhapur region of Maharashtra, where it is providing free and nutritious food to approximately 2100 needy people daily. These kitchens’ whole setup, raw materials, chefs, helpers, and volunteers are managed & funded by SGF completely.

The foundation is managing one community kitchen in Ahmedabad city as well and has fed more than 40,000 needy people till date. We opened many other kitchens in Belagavi and Hubballi regions of Karnataka as well to extend our philanthropic outreach.

“Humanity is the greatest religion and we practice it quite religiously. Our foundation is working tirelessly and proactively to feed the needy people in many parts of India. To continue on this endeavor, we have planned to feed close to 150,000 people by 3rd May 2020,” said Mr. Shrenik Ghodawat, MD – Sanjay Ghodawat Group.

Earlier, SGF had also distributed medical kits and sanitization sprays in several villages of Kolhapur district to help people fight against this contagious virus at free of cost. Mass sanitization work was also executed in several villages that come under the Shirol, and Hatkanangale talukas in the Kolhapur district of Maharashtra to limit the expansion of COVID-19 with the voluntary help of foundation’s workers. 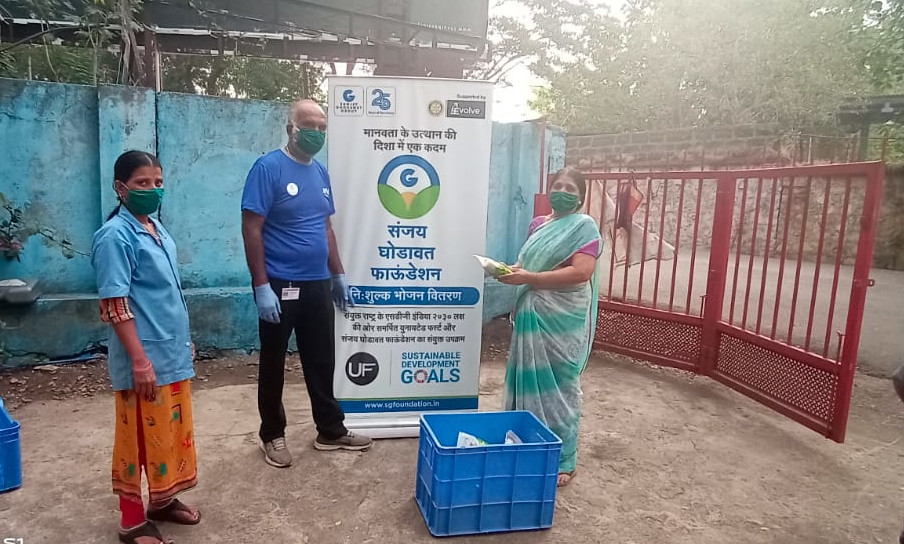 Strengthening humanity is what we strive for with each of our endeavors. Continuing on the said path – Sanjay Ghodawat Foundation donated Star Food products (daily essential items) to Bal Kalyan Sankul, Kolhapur to meet the hunger of needy children and staff in these challenging times of COVID-19.

To help needy people in these unprecedented challenging times like COVID-19, once again Sanjay Ghodawat Foundation (SGF) has come forward to rescue humanity. It is providing free food to the needy at large scale.

Mass sanitization work was also executed in several villages that come under the Shirol, and Hatkanangale talukas in the Kolhapur district of Maharashtra to limit the expansion of COVID-19 with the voluntary help of foundation’s workers.

Humanity is the greatest religion and we practice it quite religiously. Our foundation is working tirelessly and proactively to feed the needy people in many parts of India.

Sanjay Ghodawat Foundation is working closely with the United First organization, an NGO managed by Sajan Shah to implement these noble endeavors on the ground.

To limit the spread of calamitous COVID-19, Sanjay Ghodawat Foundation recently sanitizes many rural areas nearby to Kolhapur city with the spray of disinfectants. We also provided free of cost sanitization kits to the needy at large scale. A little step towards humanity can rebuild our society. Come forward and donate to fight this menace pragmatically and effectively. In August 2019, during the devastating flood fury in Maharashtra, the group and the foundation worked relentlessly day and night. Sanjay Ghodawat Foundation, under the stewardship of philanthropist Mr. Sanjay Ghodawat, had provided great assistance to thousands and helped bring normalcy in the flood-affected regions of Kolhapur, Sangli, and Miraj.

Sanjay Ghodawat Foundation has developed various bio-toilets in various villages to promote cleanliness. Our various initiatives in this direction are helping people to live a much dignified, healthy, and robust life.

Group Chairman Mr. Sanjay Ghodawat and the Sanjay Ghodawat Foundation have always come forth at times of social needs and calamities with their generous help. The chairman has generously contributed to the drought-affected farmers in Maharashtra, the victims of natural calamities like earthquakes and floods and to martyred soldiers. He runs a blind school in Miraj and sponsors sportspersons who possess exceptional talent but struggle to bear the economic costs to hone their skills.

Sanjay Ghodawat Group, including all the Industries and Educational campuses decided voluntarily to donate their one day salary as a contribution to the martyred soldiers’ families who were martyred in the terrorist attack on 14 Feb 2019 at Pulwama in the Indian state of Jammu and Kashmir. A total amount of Rs. 51 Lakhs was equally distributed among the bereaved families directly to their bank accounts.

The foundation also has donated a building and bears the expenses that are required for the daily management of the Lions Clubs’ Visually Disabled School in Miraj. This endeavor is helping children to continue their education and enabling them to become independent in life.

The Group’s reforestation drive resulted in the plantation of three hundred thousand trees in a single year. We feel proud to say that our foundation has so far planted over 250,000 trees across various regions in the Indian states of Maharashtra and Karnataka.

The Khivraj Ghodawat Charitable Trust runs a self-funded ‘Smt. Gangabai Khivraj Ghodawat Kanya Mahavidyalaya’ in the Shirol Taluka of Kolhapur District. The school has so far provided quality education to over 5000 girls at completely “Free of Cost”.

Girls Educated from 52 Villages Since 1995

Trees Planted So Far in Maharashtra and Karnataka

Empowering Society
For A Better Tomorrow 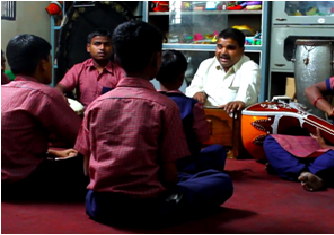 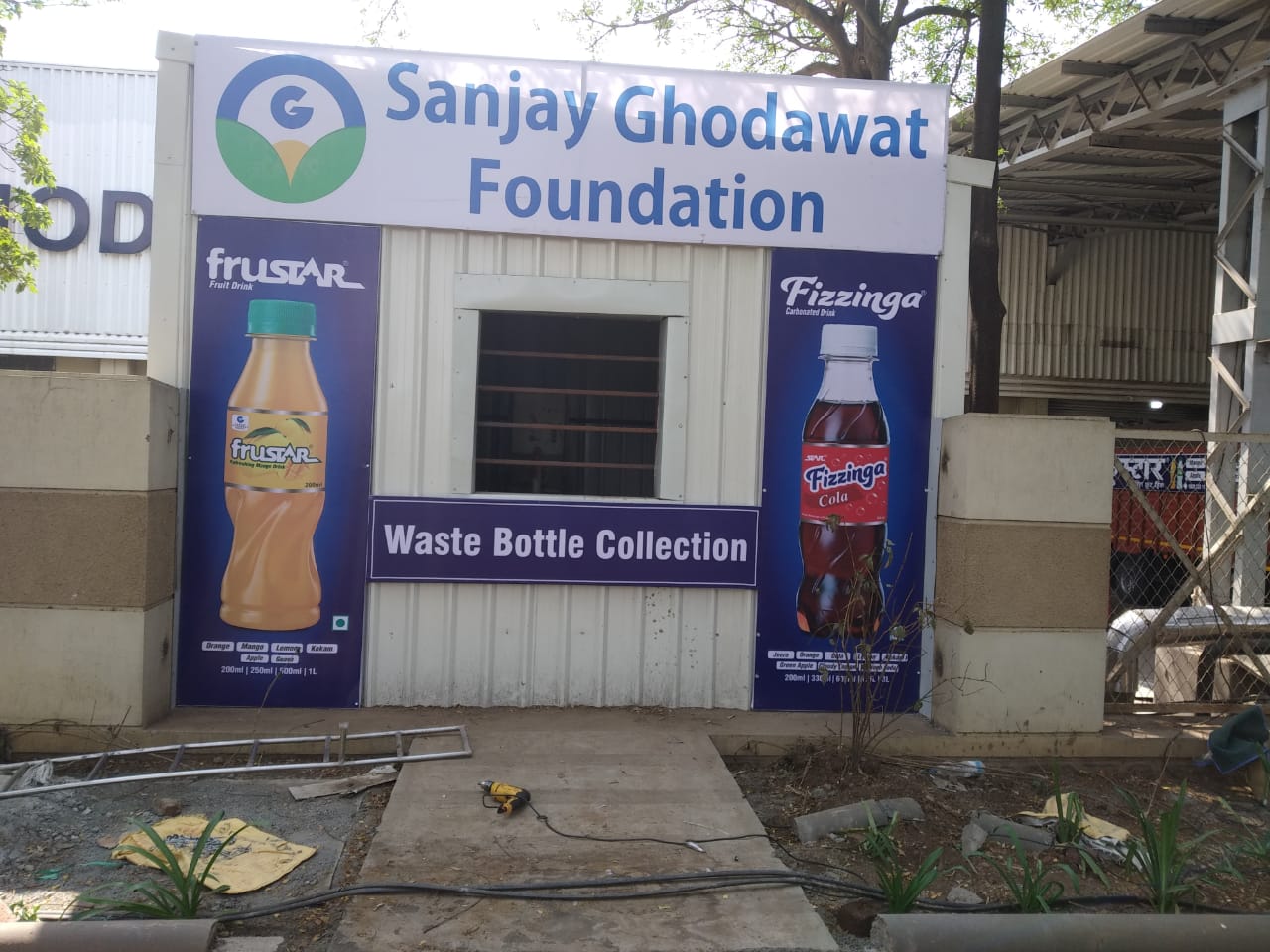 Donation of Plantable Pencils to over 400 Students Motivational Camp for Students and Distribution of Plantable Pencils to Schools Join us for Blood Donation. It will help India to “Fight Against Corona”.

Please Send Us Your Suggestions